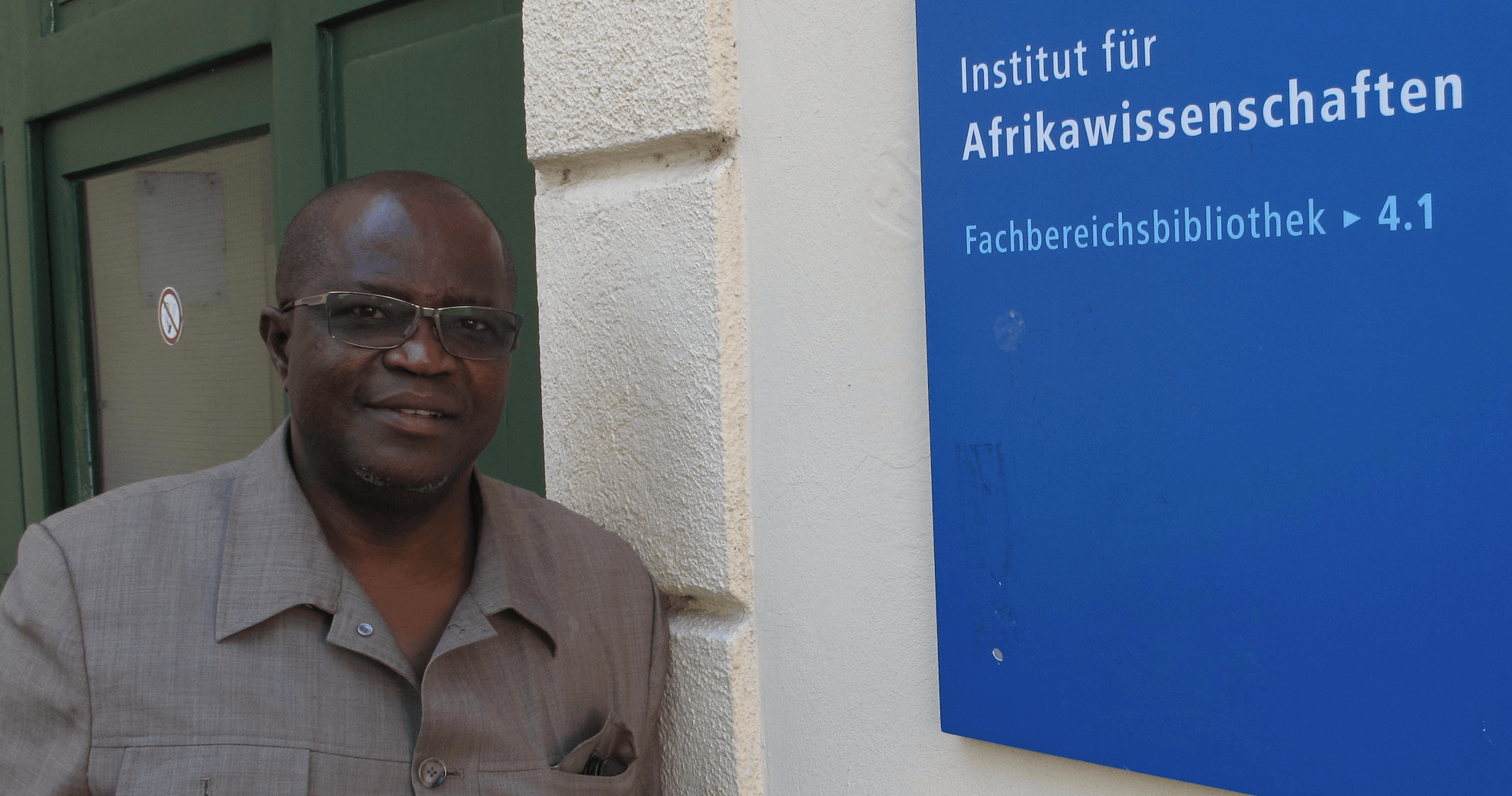 “ This is the environment in which another African, from the Ghana region of the Republic of Africa, as he likes to say, is going to enter history. Adams Bodomo holds the Chair Professor of African Languages and Linguistics“

His inaugural lecture will be delivered on the 10th of June. The universities in the German-speaking countries would have to explain to themselves and the world how it comes about that they have had no black persons at such a level. Could the prevailing racism be an explanation? After all, these universities have had over the decades a considerable number of African scholars who have distinguished themselves in their studies and attained the highest grades possible.

Professor Bodomo, you arrived in Austria in 2013. After 2 years in Vienna, can you say that you are already a Viennese?

How do you determine who is a Viennese? It is clear I love this city and if I would describe this city in two words I would say it is a complete city in terms of living, jobs, life, interactions…

Although there is a relative small African community…

Yes, but I think it is a very vibrant community.And my favourite spot is the PROSI shopping mall where Africans buy African foodstuff etc…

Next week you are going to hold your inaugural lecture with the title „Exploring global interdisciplinary research trends in the humanities“What are you going to tell the diverse Austrian and international public?

It is important for me to really acknowledge the efforts of the University of Vienna and Austria as a whole to promote African studies in Austria.I will say that not only African languages but also African cultures are a very important part of the humanities and beyond. And we can speak about the interconnectivity of languages. My message will be, not to isolate but to see how interconnected our disciplines are and how to see the humanities as an interdisciplinary field if we would like to understand our world today.

You are the very first black scholar from an African country appointed as a chair of a faculty at the university of Vienna after 650 years of its existence. What does this symbol mean to you?

I am very surprised. I didn’t even know that. I am very honoured. It is not only my personal honour but it is an honour forthe Africancommunity. I’ve heard that, before I came to Austria the community had done a great work for itself but also for linking the community to the Austrian society. I see my appointment as a continuity. With my appointment the University is recognizing Africans as a part of their community. I will use my position as chair to promote African issues to involve African community members even more and more and encourage Austrians to view Africa as a part of their daily life.

In the field of African Studies there are many schools of thought.One is the afrocentricity school of Molefi Asante based on the research of famous Senegalese scholar Cheikh Anta Diop. You studied one year in Senegal. What is your opinion?

The other approach is Afropolitanism…

These are all trends and Afropolitanism looks at things in a more global perspective that Africans or people of African origins are having all kind of experiences that go to enrich Africa as a continent.

But don’t you think that we as Africanshave suffered a lot from the views of the world about us, and that it is now time to focus primarily on ourselves before thinking about what the world thinks about us?

That’s fair. First of all we need to consider Africa first. Africans have to do things for themselves, we have to create our own modus operandi, we have to build our own future, we have to do things by ourselves. What I am saying is that in an interconnected world you cannot just do what we call navel-gazing. We should not forget how the rest of the world thinks about us and how we should also think about interacting with the rest of the world. These are challenges. We need to look at how people look at us and how we can respond to them from ourown perspective. I would argue for a more global interdisciplinary approach.

You have been in China and now you are in Europe. Both have different ways of dealing with Africa when it comes to the so called development aid. What can you tell us about this?

We have been at the receiving end for too long. I am not against philanthropy. If any rich man or woman has money and wants to invest in Africa you can’t prevent that. But let us help ourselves before expecting others to help us.We need to get ourselves out of this development aid mantra.

Five years ago you wrote a ground-breaking studyabout remittances from the African Diaspora to Africa. What did you want to tell the world about these communities?

I am very proud of the Diaspora because they are really involved in African development. Our remittances alone constitute one of the greatest contributions to African development. This is an example and an alternative to development aid. We should develop ourselves and not rely on others. That´s what I wanted to tell the world.

In the world nowadays we have the impression Africa is only playing a passive roll. Tell me why anybody should do African studies today?

Thanks for this basic question. Because Africa is a continent, that is growing more and more. And this continent is becoming more important. In almost 20 to 30 years time our population cannot be ignored, our market cannot be ignored. They are not ignored today but they will be much more important in future. Africa is going to play a key role in all aspects of the world economy, politics, sport, cultures. How can you ignore almost 1/5 of the humanity? That’s one of the reasons why I would like to invite young people and all curious minds from all part of the world to consider Africa as a package in their study program. The time of Africa is coming

What do you understand by African Studies?

African Studies is an interdisciplinary area that looks at analysis of Africa as a continent, in term of its people, languages, cultures but not only Africa but African interconnectedness to the world.

You mean the African Diaspora?

Yes of course. African can no longer be studied as a bounded entity. You need to study Africa as it is interrelated to the other parts of the world. This interrelation involves the diaspora members but also involves its international relations, its policy, rules etc…

At the beginning it was really challenging. I like “Gulasch” a lot . That’s my best. I have tried the national dish “Wiener Schnitzel” but I prefer“Gulasch”.

“Gulasch” is just beef stew and we love beef stew in Ghana.

Thank you for the Interview Thank you too 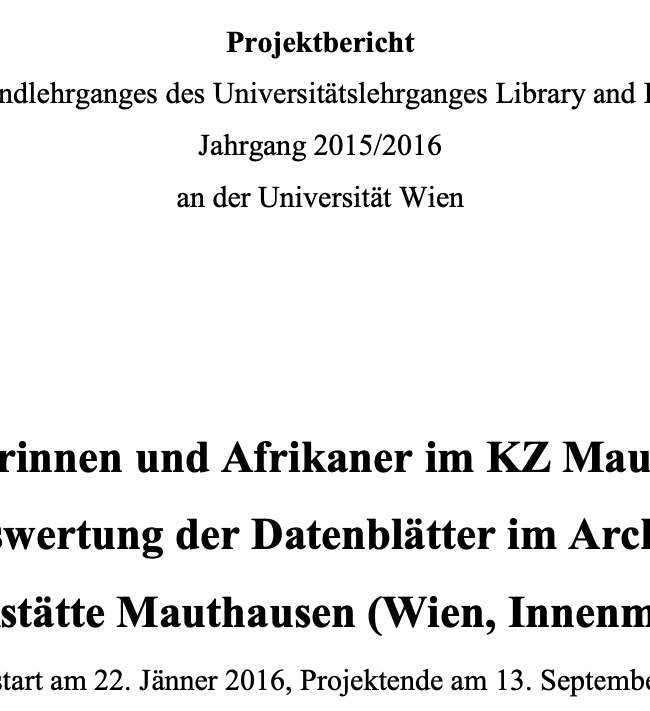 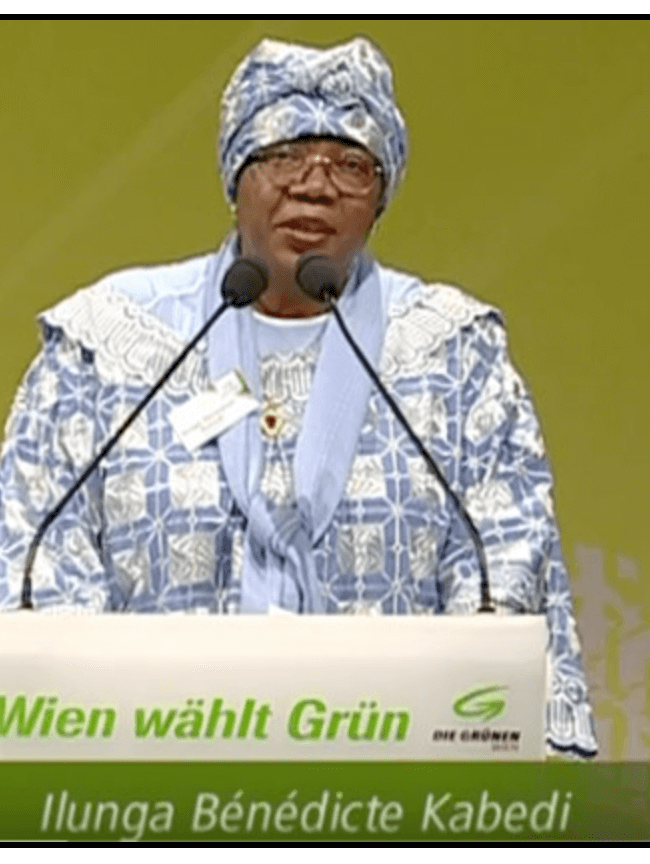