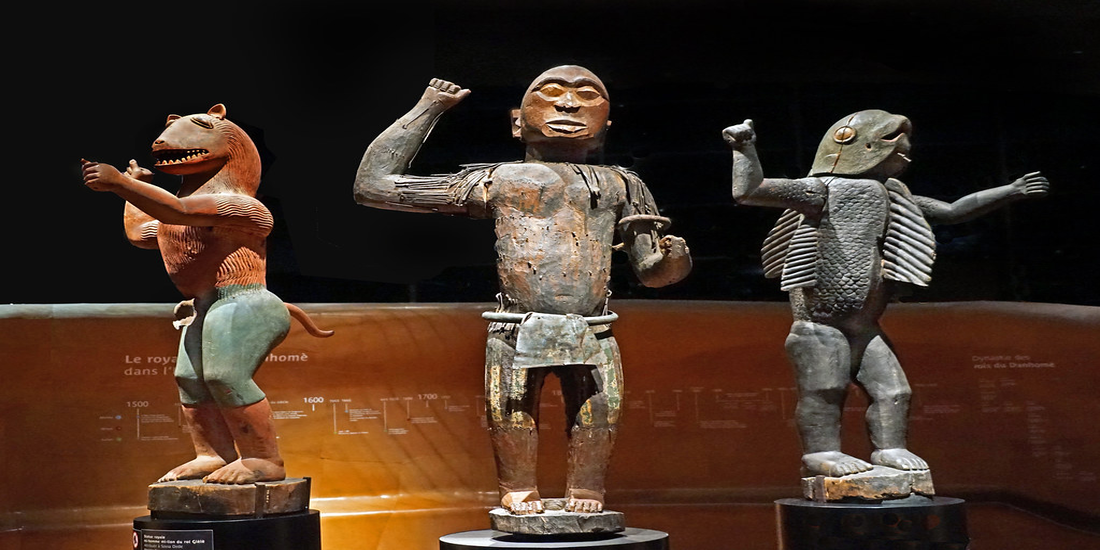 INTERNATIONAL SYMPOSIUM ON RESTITUTION IN AUSTRIA

From August 31st to September 2nd AFRIEUROTEXT and fresh Magazine are organizing an international symposium on the return of illegally acquired African Artifacts in Austrian Museums.

Vienna, January 24th – Today January 24th is the World Day for African and Afrodescendant Culture as established by UNESCO in 2019. This day aims according to UNESCO, to celebrate the many vibrant cultures of the African continent and African Diasporas around the world, and promotes them as an effective lever for sustainable development, dialogue and peace. As a rich source of the world’s shared heritage, promoting African and Afrodescendant culture is crucial for the development of the continent, and for humanity as a whole.

At the beginning of the year 2021 AFRIEUROTEXT and fresh Magazine, both African organizations of the Austrian civil society startet the 3RRR Project. One of the aims of this project is to raise the awareness of the Austrian Civil Society, political establishment, of the classical Austrian Institutions dealing producing discourses on/about Africa on the necessity of a (govern)mentality turn as far as the Restitution Issue, the Rehabilitation of the African Subject, Justice and Reconciliation both locally and globally are concerned. A four years huge program of multifarious activities on different social and political fields has been elaborated in order to achieve that (govern)mentality turn.

The 3RRR constitute in fact the focal point of this project and are a compilation of aspects of the past, present and future of our world, the history of colonial violence, oppression, economic exploitation, racial segregation etc. The African Continent and Africans were and are still the terrain par excellence, where subjects and objects had made and are making the experience of trauma, the trauma of colonial exploitation and exclusion. And the scars and aftermaths of those traumatic experiences are still alive in our present and are even threatening to still be haunting the future of people of African descent locally and globally.

The restitution issue is in fact a framework, a chance for a differentiated dialogue between Africa and Europe, based on mutual respect. (see Achille Mbembe). Cultural Artifacts from African Countries kept in European Museum Institutions are a dimension of the cultural DNA  of African Societies. Their captivity in European Museums and their absence in African Countries as well as the various claims of getting them back to Africa have put the debate on restitution in the center of actual political, cultural and societal awareness. Some major event like the murder of Georges Floyd, a Black American Citizen, by police brutality on the street of Minneapolis (USA) on the 25th of May 2020 has fueled the rage of not only black people but also of non-black people all over the world. Claim for justice as the basis of every effective reconciliation. Restitution and Rehabilitation are also the prerequisites for that Justice and Reconciliation at the global scale and especially as far as people of color and people of African descent are concerned.

Speaking of African Arts, it is a mistake to ignore African Literatures and cultural productions, since both societal fields or disciplines are intertwined, and as well as in the Art fields looting, dispossession, misrecognition, distortion and trivialization of what could be called “African Literatures” has happened and is still happening, especially in the enterprise of western European academic, historiographic and literary institutions to define African Literatures.

The Restitution Issue cannot be limited on everlasting research on the provenance of the looted African Artifacts – (Provenienzforschung).

This INTERNATIONAL SYMPOSIUM is conceived and carried out by AFRIEUROTEXT Austria in cooperation with fresh, Black Austrian Lifestyle Magazine and it is creating a triple impact through the (tri)logic of Restitution – Rehabilitation and Reconciliation in the Austrian Cultural and Political Context. It seeks to raise the awareness of the Austrian Civil Society, political establishment and of the classical Austrian Institutions producing discourses on/about Africa, on the necessity of a (govern)mentality turn as far as the Restitution Issue, the Rehabilitation of the African Subject, Justice and Reconciliation both locally and globally are concerned. The Restitution Issue cannot be limited on everlasting research on the provenance of the looted African Artifacts – (Provenienzforschung). This could be seen in a certain way as a strategy to lose time and at the end no concrete return of looted African Artifacts kept in Austrian Federal Museums will happen.

Proposal of contributions or papers from various fields are solicited: cultural, social and natural sciences (African Arts and Literatures, Anthropology, Political Sciences, Geography, History, Sociology, Biology, Architecture, Mathematics, Arts and Law, street/town/village Arts etc.). Multifarious activities, debates, panel discussions, exhibitions, plays, festivals, film projections and workshops from different social and political fields are welcome in order to achieve not only that (govern)mentality turn but also to inspire, initiate, accompany and testimony concrete returns of African Cultural Artifacts kept in Austrian Museums to Africa. Please, your proposal should tackle these core issues of the symposium in order to be selected. This is a turn that is already taking place in countries like Germany, France, Belgium.

The INTERNATIONAL SYMPOSIUM ON THE 3RRR will take place from the the 31st of August ton September 2nd 2022 in Vienna/Austria and will be a magnetic event for keynotes speakers and grassroots organizations from all over the world on the topic of Restitution from a broader perspective.

AFRIEUROTEXT is a non-profit Cultural Association and Educational Library based in Vienna/Austria and specialized in Africa related issues, with a branch in Africa, exactly in Yaounde, the capital city of Cameroon. AFRIEUROTEXT’s Mission could be summarized to the following points: Participation in educational policy – sustainable broadening of knowledge and horizons – promotion of differentiated thinking and action – intercultural exchange of experience and knowledge – contribution to peaceful intercultural togetherness – Focus on the non-monolithic dimensions of cultures – Promotion of a culture of mutual respect – Focus on global and local asymmetries.

fresh, Black Austrian Lifestyle Magazine – www.blackaustria.info – is the partner of AFRIEUROTEXT in the implementation and concretization of the 3RRR-Projekt and its international symposium on Restitution.  fresh is the magazine of the first, second and third generation of the African diaspora (Africa, Europe, Caribbean, USA, Latin America) in Austria and other German speaking countries. One of the focuses of the magazine is Art and Culture but we also focus on lifestyle, fashion, studying, traveling and business as perceived by Austrians of African origin and its Diaspora. 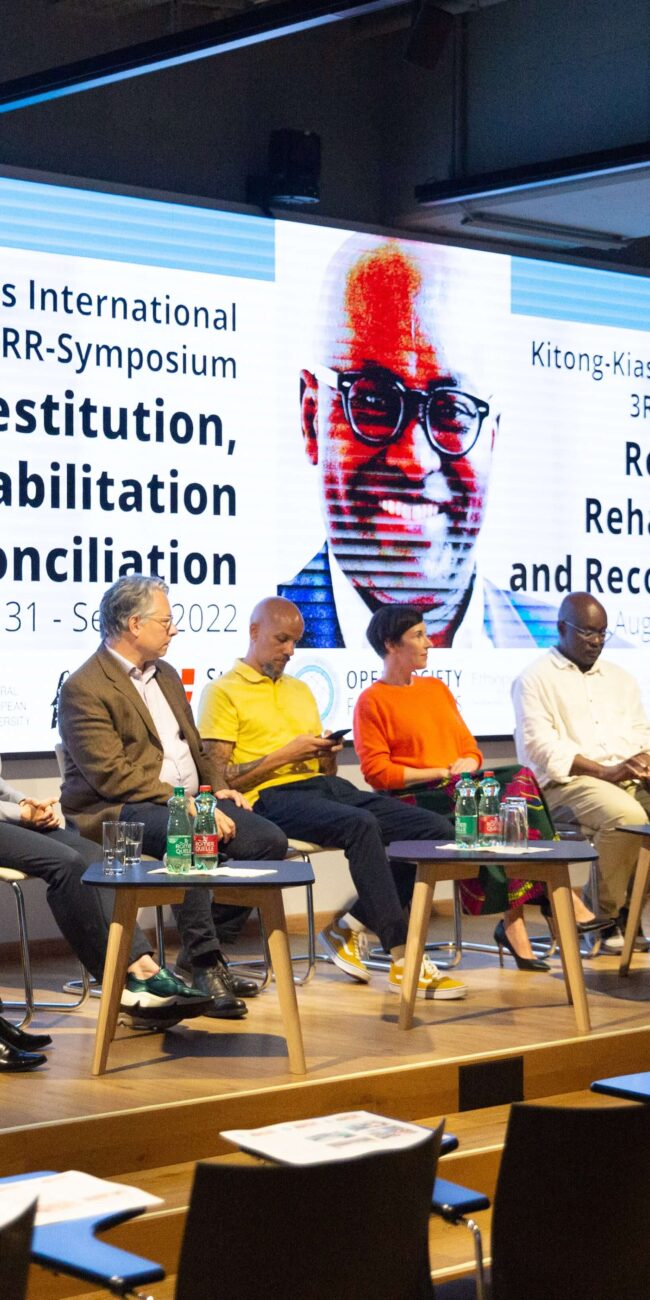 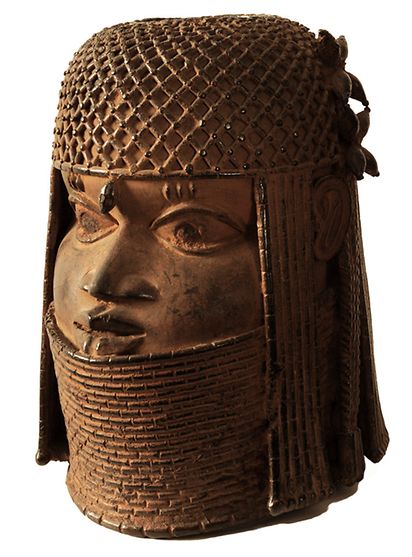 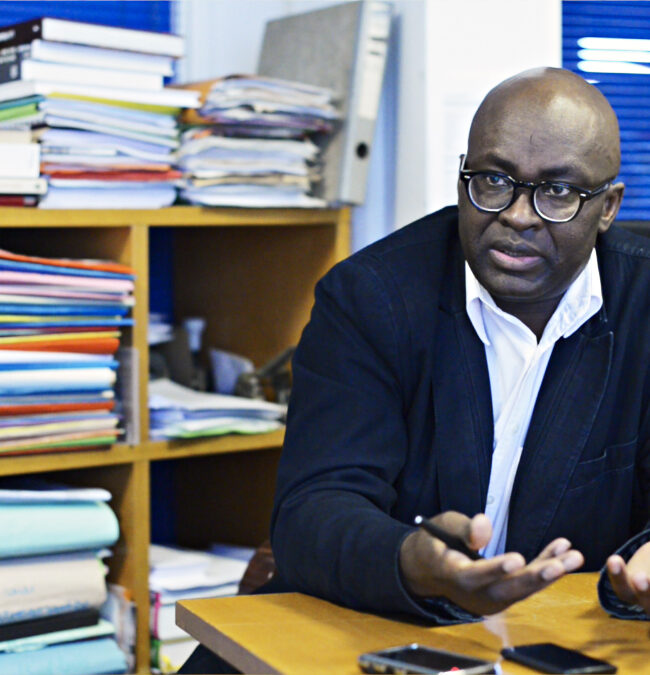